This "Healthy" Food Damages Your Heart

While reading today's article, remember that heart disease is the #1 KILLER of people in today's modern world, with even higher death rates than cancer!  For some reason, most people don't seem to care about this topic until it's too late and they have a heart attack or even DIE as early as their 30's or 40's in some people 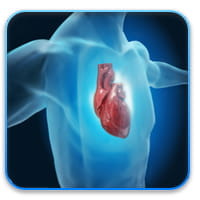 It's time people started taking heart health seriously before it's too late.  Unfortunately, most people don't think about something they can't readily see or feel... after all, you can't "see" how much plaque your arteries are clogged with on a daily basis like you can see how much body fat you have on any given day.

This means that most people ignore their heart health until they actually have a heart attack or even die.  Even worse, I see so many people make jokes about clogged arteries while eating junk food, saying things like "I'd rather enjoy life than worry about clogged arteries".  Sorry to break the news to you, but you can't enjoy life if you're DEAD!

This mentality that so many people have of not caring about the ticking time bomb of your heart health is sad if you think about it.

And do eating donuts and fried chicken REALLY equate to "enjoying life"?  Not for me!   I'm sure you'd agree that being healthy, happy, active, and able to do all the things that you love as you get older is a LOT more important to your life quality than a few fleeting moments of enjoying a donut or something deep fried that is going to shorten your life.

One thing that sometimes wakes people up is to actually get an artery calcification test and see how clogged their arteries already are.  This is a wake up call to many people and will spur them into finally caring about their heart health before it's too late.

I mentioned donuts and fried chicken above, which as I'm sure you know, are obvious heart cloggers due to the trans fats and refined inflammatory vegetable oils used in making these...

But what about so-called "healthy" foods such as whole grains in relation to your heart health?  Well... 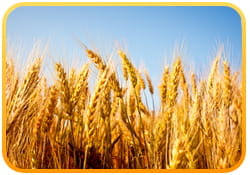 As you can see, they're seeing direct relationships between carbohydrate consumption and heart disease.  And as you know already from my other articles, research in recent years has proven that natural saturated fat and dietary cholesterol basically has NOTHING to do with heart disease at all.  It's sugar, overall high GI carbs, stress levels, and trans fats that appear to be the MAIN culprits responsible for heart disease.

What about immediate effects on your heart from eating a high-carb meal?

In the book, Dr Sinatra also discusses another research study done (at Tel Aviv University's Sackler School of Medicine and the Heart Institute of Sheba Medical Center) on the function of the endothelial walls of the arteries before and after eating a dose of high GI carbs...

They used something called brachial reactive testing to measure artery functioning and gave groups high GI carbs such as corn flakes and sugar (very much like the typical American breakfast) ... Dr Sinatra explains, "Enormous peaks indicating arterial stress were found in the high GI groups: the cornflakes and sugar groups. "

We're not talking about artery damage here folks from saturated fat and cholesterol like you've been led to believe... as you can see, this study is showing direct damage to arteries from grains and sugar .  Isn't it sad that those cornflakes are advertised by the food conglomerates as being a "wholesome and healthy" breakfast.

Dr Sinatra continues, "As researchers from Harvard Medical School and the Harvard School of Public Health noted, quickly digested and absorbed carbs (i.e., those with a high glycemic load) are associated with an increased risk of heart disease. "  Note that one of the WORST carb sources in terms of blood sugar and glycemic load is anything made with wheat (even so-called "healthy whole wheat"), which has been proven in blood sugar testing to have a higher impact on blood sugar than even pure table sugar due to the nature of the Amylopectin-A in wheat foods.

Whole Grains can elevate CRP and inflammation in your body

Dr Sinatra and Dr Bowden also point out studies that directly show that people who eat a higher glycemic load of carbohydrates in their diets experienced higher CRP levels (C-reactive protein), which is an indicator of overall inflammation in your body.  Higher CRP generally means higher risk for heart disease.

To give some perspective on CRP if you eat a truly healthy diet focusing on healthy proteins, lots of veggies, spices, teas, red wine, and other antioxidants, and relatively low in overall carbohydrates... I've had my CRP tested twice, and my results came in at 0.1 and 0.4, indicating a VERY LOW amount of inflammation in my body as a whole. 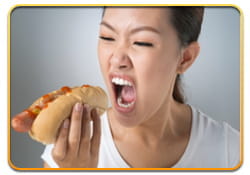 What about the so-called "deadly" red meat in relation to heart disease? Not so "deadly" after all...

Unfortunately, the media and groups with an agenda against meat eating have been trying to lay the blame on red meat for decades now.  Let's see what true researchers such as Dr Sinatra and Dr Bowden have to say about the science...

But Dr Sinatra and Dr Bowden reported on a Harvard study where researchers analyzed 20 studies including over 1.2 million people in 10 countries and they found... "each 1.8 oz daily serving of processed meat (about one hot dog or a couple slices of deli meat) was associated with a 42% higher risk of developing heart disease.  In contrast, no relationship was found between heart disease and nonprocessed red meat ."

Also remember that healthy grass-fed beef contains the unique fat called CLA that has been shown to be a cancer-fighter as well as helping to aid fat loss.

As you can see in this article, even so-called "healthy whole grains", which are big business these days, are now being implicated in causing heart disease and DEATH from damaged, clogged, and hardened arteries that result from runaway inflammation.

We'll show you how to find plenty of delicious foods, spices, herbs, and nutrients that DISSOLVE artery plaque , lower your blood pressure, fight diabetes, boost your brain health, HEAL your digestion problems, and  PROTECT your body from aging on the next page !

You will also discover over a dozen surprising tricks you can use daily to FIGHT aging, helping you to look 5-10 years YOUNGER... click the button below to go to the next page to discover unique and delicious anti-aging foods, spices, herbs, teas, and other potent youth-enhancing nutrients: