Cinnamon:  How can this simple spice help you FIGHT stubborn belly fat & CONTROL your blood sugars?

A simple, scientifically proven trick to not only fight belly fat, but control blood sugar levels (and fight carbs)... 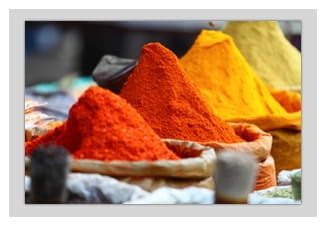 This spice that I'm going to mention is one of the most overlooked, but healthiest spices in the world...

You might even call it a "fat burning spice " ... in a roundabout way.

And yes, it can actually help you win the battle against abdominal fat if you use it daily...I'll explain why.

Here are some other benefits of this miracle spice :

So what is this miracle spice that beats abdominal fat ?

Although cinnamon does NOT directly increase fat burning (such as by increasing metabolic rate, etc), it CAN actually help you to burn off abdominal fat and get leaner in an indirect way

Although cinnamon has dozens of health benefits, the main benefit that will help you to get leaner is through it's strong effect on controlling blood sugar levels in your body.

In a study published in 2003 in the medical journal Diabetes Care, groups were split into people taking 1, 3, or 6 grams of cinnamon per day in capsule form (the equivalent of approx 1/4th to 1 teaspoon of cinnamon).

The results of the study showed that all 3 amounts of cinnamon reduced fasting blood glucose levels by 18-29% after 40 days.

Cinnamon can also increase insulin sensitivity , which essentially means that it is helping your body to control blood sugar while simultaneously allowing your body to produce less insulin.

As you know, chronically high insulin levels can make your body pack on the blubber. 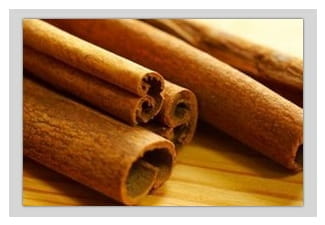 How to harness cinnamon to lose stubborn belly fat...

One possible way to benefit from cinnamon to lose more fat is to use cinnamon daily in your meals when you can, such as in yogurt or cottage cheese, in smoothies, oatmeal, or anything else you can think of where it would go well.

Also, you could use a cinnamon capsule before each of your meals, particularly if you're going to have more than 30 grams of carbs in that meal.

This could help to control blood sugar and insulin response from your meals and thereby control your appetite and cravings throughout the day... hence, helping you to lose body fat more effectively over time.

So now you can see that not only is cinnamon a powerful antioxidant that can help you stay youthful longer, it can also help you to control blood sugar and get a leaner body!

As you've just discovered, cinnamon is also a very common spice & supplement for those who are struggling with Type-2 Diabetes and Pre-Diabetes, and that's because it works.

If you think that Type 2 Diabetes is irreversible like many misinformed doctors will tell you, then you need to read some of the proof below on how to naturally reverse Type 2 Diabetes...

Although eating "paleo" or even low-carb is a good first step, you’ll also see below other techniques on just how simple it can be to “fix” your diabetes, control your blood sugars, and lose all of that excess fat sitting on your stomach.

> 1 Simple trick to REVERSE your Diabetes, naturally (while getting off drugs ASAP)