Note:  These chemicals are harmful to women too, even though this article focuses on the harm being done to men's Testosterone 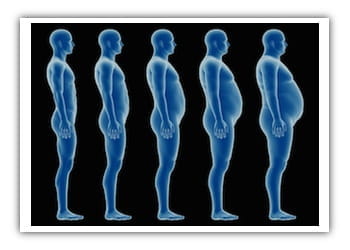 What this means is that the average male in today's stressed-out chemical-lade world is significantly less of a man (and has "feminized" a bit more with higher estrogen levels) than their counterparts of the same age just a couple decades ago.

Why is This Shocking "Feminization" of Men Happening with Lower Testosterone and Higher Estrogen?

Well, xenoestrogens (meaning foreign estrogens) are man-made chemicals that mimic the effects of natural estrogens in the body.   If you wondered why average testosterone levels are down 25%, male estrogen levels are up 40%, and sperm are counts less than 40% of what they were 20 years ago, you need not look any farther than the xenoestrogens.  By the way, phytoestrogens in our diet contributes to this too, but not nearly as much as xenoestrogens.

Our environment and food supply are fraught with hidden chemicals.  Herbicides and pesticides are sprayed regularly on farms, orchards, lawns and gardens.  Industries are dumping their waste products into the water supply, which pollutes the water you drink.  Tons of pharmaceutical and synthetic estrogens secreted by menopausal women pollute our streams and rivers, getting into our drinking water supplies.

And it doesn’t stop there...

The air you breathe is carrying estrogen mimicking chemicals in the form of smoke, soot and exhaust vapors.  The commercial meat and poultry you eat every day is pumped full of hormones and additives that are high in estrogen.

The foreign estrogens found in plastics and pesticides disrupt the natural hormonal cycles of both human and animal life.  The widespread use of genetically-modified foods has exacerbated the xenoestrogen problem.  Glyphosate (the active ingredient in Roundup®, Monsanto’s™ widely-used pesticide) often leaves a residue on the genetically-modified crops it is used on.  And the artificial gene, which has been inserted into every genetically-modified seed, is absorbed and housed within your gastrointestinal tract if you eat GM foods.

During the course of your daily life, you are exposed to a variety of environmental chemicals. It is important to be aware of the most common and most toxic ones, which we'll describe below: 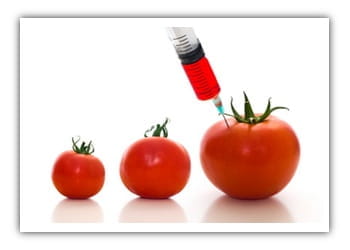 GMOs are foods that, in most simple terms, have had an insecticide gene implanted into their DNA , which in many cases is intended to allow them to be resistant to dying from pesticides, thereby allowing the farmers to use MORE pesticides without killing the crop.

The list of genetically-modified foods is growing but primarily includes corn, soy, canola, cottonseed oil, and sugar beets as the main offenders to watch out for.

The most common problem associated with the consumption of GMO foods is an increased incidence of both gastrointestinal and immune disorders.  The regular consumption of GMO foods has also been shown toxic to testicular cells and disruptive to testosterone synthesis.  Recent laboratory studies have proven that male rats fed a genetically-modified diet lose their ability to reproduce within just three generations.

Phthalates are also one of the most pervasive of the endocrine disrupters.  Studies have shown that exposure to phthalates can lead to incomplete testicular descent, reduced sperm counts, testicular atrophy, and/or structural abnormality and inflammation in newborns. 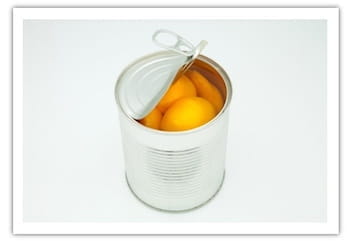 BPA is a common ingredient in many plastics including those in reusable water bottles and resins lining most food cans and dental sealants.  BPA is primarily used to prevent preserved or canned foods from developing a metallic or plastic taste.  In addition to being used as an inner lining in most canned foods, it can be found in many plastic baby bottles and food storage containers.  Almost all canned foods contain BPA.

This toxin is now so pervasive it can be detected in the umbilical cord blood of 90% of all newborn infants .  Once in the body, BPA mimics estrogen setting the stage for a wide variety of health-related problems that include—but are not limited to—early puberty, infertility, cancer, diabetes, and heart disease.

Parabens are a class of chemicals commonly used as preservatives by cosmetic and pharmaceutical industries.  Like BPA, parabens have estrogen-like properties that lead to similar health and hormonal problems.

Metalloestrogens are a broad range of metals that also add to the estrogenic burden of the human body.  These metals are added to thousands of consumer products including vaccines.  Research indicates that they are capable of binding to cellular estrogen receptors, mimicking the effects of natural, physiological estrogens.

PFOA is a chemical that is makes things resistant to grease and water.  It is used to keep grease from leaking through fast food wrappers and microwave popcorn bags, in non-stick coatings like Teflon, and in water-resistant fabrics like Gore-Tex®.  PFOA is a highly-estrogenic compound that can disrupt your hormones.
It has also been linked to thyroid disease, cancer, immune system problems, and increased LDL cholesterol levels. To make matters worse, PFOAs remain present in the body for many years.

If you use non-stick pots and pans on a daily basis, you may unknowingly be exposing yourself and your family to PFOAs.  In less than five minutes at high temperatures, the coating of non-stick cookware will also break down into a chemical warfare agent known as PFIB, and a chemical analog of the WWII nerve gas phosgene.

NPEs are known to be potent endocrine disrupters.  These chemicals affect gene expression by turning on or off certain genes.  They interfere with the way your glandular system works and mimic the actions of estrogen.  NPEs have been implicated as a key reason why some male marine species have become female. 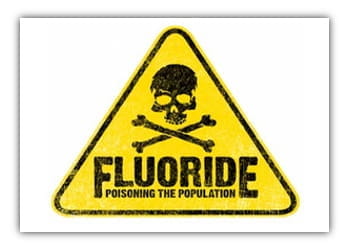 Flouride is an industrial waste product , yet it is routinely and purposely added to our water supply to supposedly make our teeth stronger and less prone to cavities.  While topical fluoride will protect teeth at risk, drinking fluoride is akin to swallowing sunscreen to protect our body from getting a burn .

With all of this said about flouride, it's important to make sure you’re using a water filter that removes fluoride if you have municipal water as opposed to your own well.

Bovine growth hormones are genetically engineered and routinely given to industrially-raised cattle, pigs, poultry, and other livestock to increase their growth and fat content.  The concentration of bovine growth hormones is greatest in non-organic, pasteurized dairy products.  A causal link between their consumption and the onset of both premature adolescence and prostate cancer has been scientifically established.

MSG is an excitoxin and food additive commonly used to enhance flavor.  MSG itself is not frequently found on food labels because it is often disguised as a “natural flavor”’ or a “spice;”’ as hydrolyzed yeast extract, or a number of other deceptive ingredient names.   The consumption of MSG has been linked to reduced fertility rates, brain disorders, and low testosterone levels.

Needless to say, if you want to protect your manhood and your Testosterone levels, you should do everything you possibly can to minimize your exposure to these 9 chemicals we talked about in this article.

Here’s what to do next…

As you just discovered, your manhood and masculinity are being attacked on a daily basis, and have been for years, leading to poor sleep, E.D., increased belly & chest fat (man boobs), a low libido, and just not feeling like a “man” anymore…

Many men in your position seek out a prescription (TRT) from their doctor, which could actually make the problem WORSE and kill your T-levels for good.

When you go to the next page , you’ll not only discover the real cause of your plummeting T-levels, but also some powerful superfoods, herbs, drinks, and other tips to SKYROCKET your T-levels through the roof, making you feel more energetic, burning away your stubborn belly fat, and making you feel like a “stallion” in the bedroom.