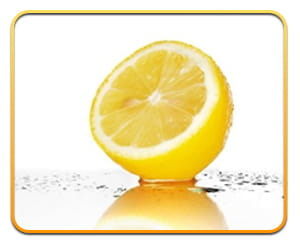 In several other articles, I've told you about some of the really cool experiments that Tim Ferriss has done in his book, "The 4-Hour Body ", and I wanted to show you this one today, because it's pretty cool, and also a simple thing to do...

You may have heard different websites or anecdotes in the past about these 3 substances and their possible effects on reducing the blood sugar response of a meal (taken either before or during a meal), which can, essentially help to keep insulin levels lower post-meal and keep the body from depositing extra body fat.  Maintaining lower and more stable blood sugar levels also helps to prevent cravings and slow the aging process by reducing formation of advanced glycation end products (AGEs) in your body .

These 3 substances that he tested pre-meal are:

But do they actually work in controlling blood sugar response from a meal?

Well, that's what Tim decided to test out on himself as one of his experiments that he did in "The 4-Hour Body" .  Tim actually used a blood sugar meter (normally for diabetics) that attached probes into his abdomen to get constant measurements and graphs of his blood sugar and response to different foods and meals.

In his tests, he tested ingesting all 3 of these "substances" before meals in separate tests.

Tim tested both white vinegar and balsamic vinegar and neither showed any lowering effect on his blood sugar in his tests.  He even drank 3 Tbsp+ of vinegar before meals as a last attempt to see if vinegar could have any blood sugar controlling effects.  But he found no effect.

Tim includes some theories in his book on why the vinegar didn't have any effect.

Better news with the lemon juice!

In Tim's personal tests, he used 3 Tbsp of fresh-squeezed lemon juice (not store-bought stuff with preservatives and artificial additives) prior to his meals and this lowered his blood sugar response to meals (compared to his controls) by approximately 10%.

Remember that lowering the blood sugar response to a meal can help to control insulin levels and therefore keep your body in fat-burning mode for longer...and prevent cravings too! 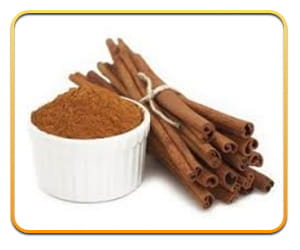 If you've read my articles in the past, it's no secret that cinnamon can be powerful in terms of helping to blunt blood sugar response to a meal.  In fact, I regularly take 2 cinnamon capsules (approx 1 gram) if I know I'm going to eat a meal that contains moderate or high levels of carbohydrates.  Some studies show that cinnamon can reduce the glycemic response of a meal up to 29%!

But there are different types of cinnamon...so which is best?

Tim actually tested 3 types of cinnamon in how they affected his blood sugar response to meals.

Saigon cinnamon (aka Vietnamese cinnamon) was found in Tim's tests to be the most effective at controlling blood sugar .

Ceylon cinnamon came in 3rd place in Tim's tests in effectiveness in controlling blood sugar response to a meal.

Tim did note however that all 3 types of cinnamon helped control blood sugar to some extent.  I personally like to use cinnamon in smoothies, in yogurt or oatmeal, with apples and almond butter, or in capsule form before any meals that are going to have more than 35 grams of carbohydrates.

Keep in mind that if you take medications, you need to consult with your doctor to make sure that cinnamon use does not interfere with the medications (especially with blood thinners).  He also warns that 4 grams per day (about 1.5 teaspoons) is probably the max amount of cinnamon that anyone should take.

So there you go!  Lemon juice and cinnamon are the 2 tricks that Tim revealed through his own blood sugar testing that helped to control blood sugar response, fight cravings, and therefore can help you to maintain lower blood sugar and insulin levels and stay in fat-burning mode longer!

But beyond that, controlling your blood sugar and insulin is obviously very important for those with Type-2 Diabetes or Pre-Diabetes, and...

If you think that Type 2 Diabetes is irreversible like many misinformed doctors will tell you, then you need to read some of the proof below on how to naturally reverse Type 2 Diabetes...

Although eating "paleo" or even low-carb is a good first step, long with the tricks you just read, you’ll also see other techniques on just how simple it can be to “fix” your diabetes, control your blood sugars, and lose all of that excess fat sitting on your stomach. Click the big "next page button" or the link below...

> 1 Simple trick to REVERSE your Diabetes, naturally (while getting off drugs ASAP)